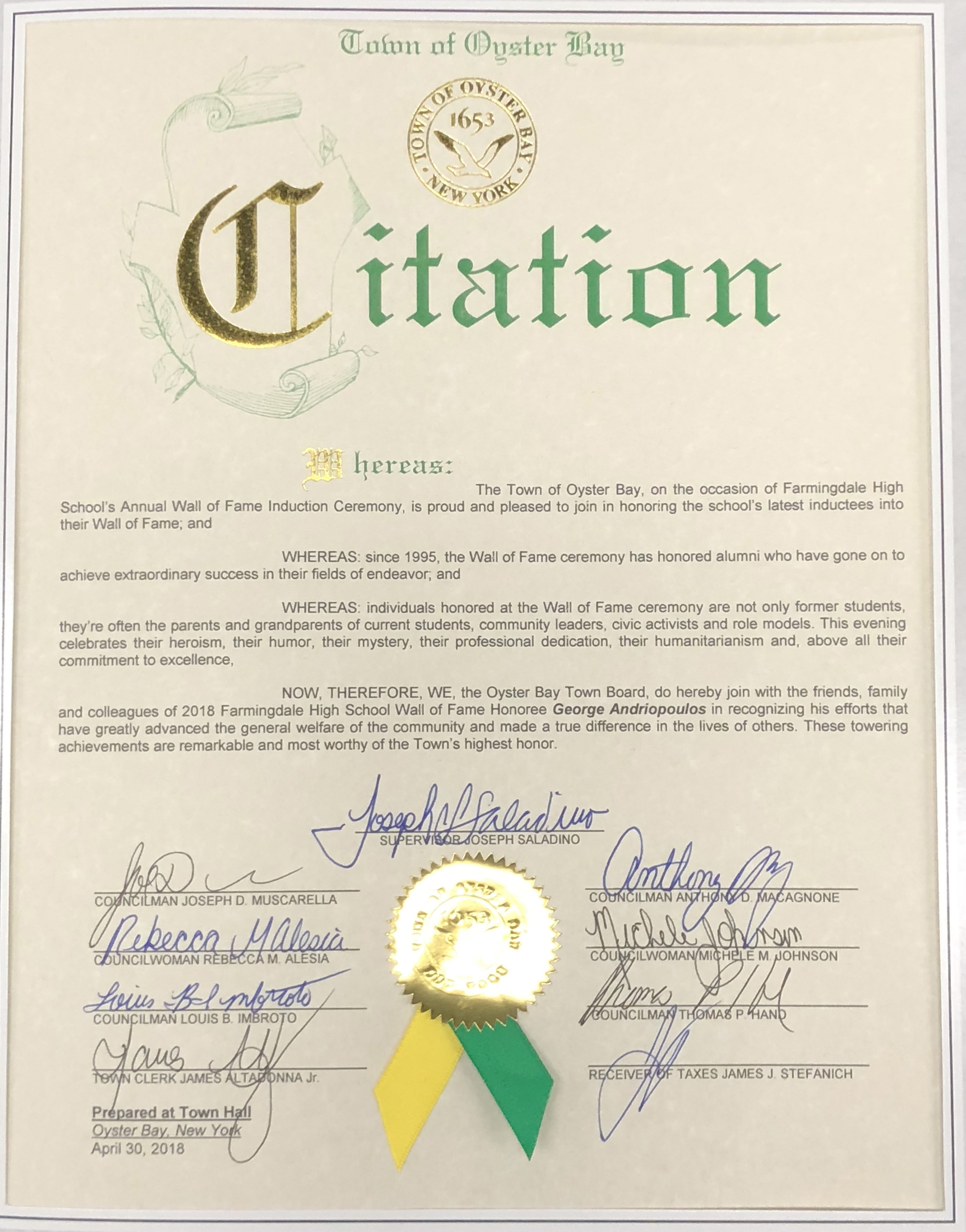 George’s efforts in the local community have been recognized over the last couple of years, but it was his recognition as a 2017 Kings of Long Island Honoree and his induction into the Farmingdale High School Wall of Fame, Class of 2018, the earned him these prestigious honors from local New York government officials. 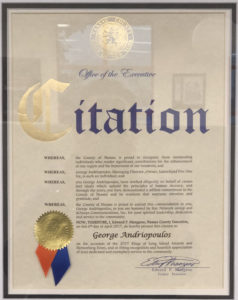 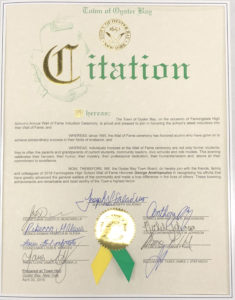 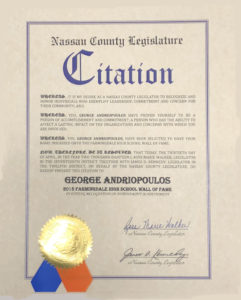 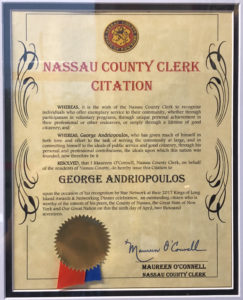 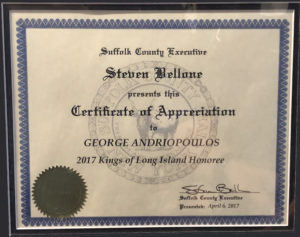